>He has no inscription on his Headstone

Bertram Charles Timson was born in St Stephens, (St Albans), Herts, on 18th January 1885, he was the son of William Edward Timson, a Gardener and Maria Timson (nee Weedon). Baptised on 4th October 1885, at Holy Trinity, Frogmore, Herts. One of seven children.

1901 Census records the family still living in Snug Oak, Bertram aged 16, and working as a Gardener, still living with parents and five siblings.

1911, Bertram was 26, both his parents had died, he was now living at 75 Grover Road, Oxhey, with his sister, Louisa, and her husband Daniel Walden and their two daughters. Bertram was employed as a car man for a building firm. Their youngest brother Frederick was also living with them.

Bertram enlisted in Watford, posted to the East Surrey Regiment, with the service number 4034. Serving with the 8th Battalion. He embarked for France on 25th August 1915, serving in France and Flanders. He was killed in Action on 12 October 1917, aged 32.

He is remembered with honour at Poelcapelle British Cemetery in Belgium and is commemorated on the Memorial at St Matthew’s Church, Oxhey. 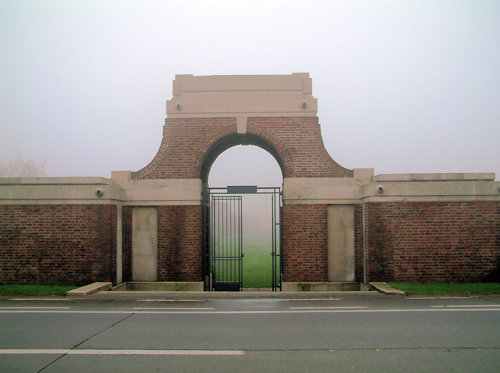