William was born on the 20th September 1891, in Chelsea, London. The son of William James Everett and Martha Everett (nee Wallis). His father was the coachman to the Smith family of Goldings Park, Hertford. He was Baptised on the 8th November 1891, in Holy Trinity Church, Chelsea, London.

William was highly educated. He was the Assistant Head at Duke’s School, Alnwick, Northumberland. He married Alice Isabella Orde Fairgrieve in September 1917. They had one son William J Everett.

William enlisted and was posted the Norfolk Regiment. He received his Commission 2nd Lieutenant in February 1915, and later became Captain Everett. He landed in Boulogne with his Battalion on the 30th August 1915. William was Killed in Action on the 8th October 1918. He is buried in the Montbrehain British Cemetery in France.

His headstone reads: “Peace, Perfect Peace” as requested by his wife.

Williams brother Henry died of wounds on the 12th October 1918, in Egypt. (Just 4 days after Wil 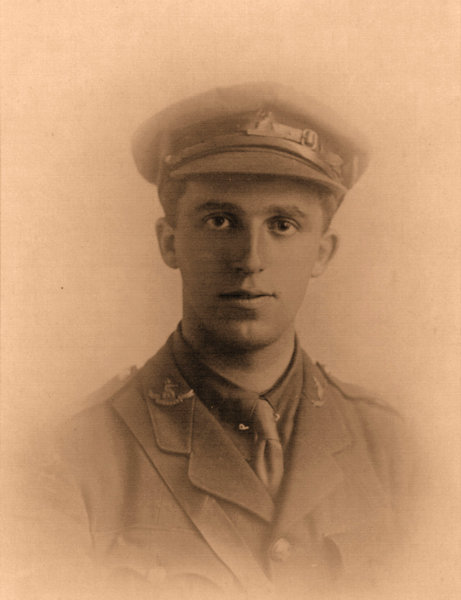