St Mary's Church Memorial, Shephall, Not on the Graveley memorials, Not on the St Ippolyts Church memorial

George was born in St Ippolyts, near Hitchin, Hertfordshire. Later in life he worked in Stevenage as a Domestic Groom and lived in Nottingham Road with his wife, Agnes, and their son, William John.

The Battalion were serving in Egypt and Palestine after having served on the Gallipoli Peninsular.

On the 5th November 1917 they were in trenches at a location in Palestine named Fusilier Ridge, and were ordered to attack Turkish positions. The enemy artillery were using high bursting Shrapnel shells which caused many men to become wounded, one of whom was George Freeman. He died as a result of his injuries and is buried in the Deir El Belah War Cemetery, Israel. 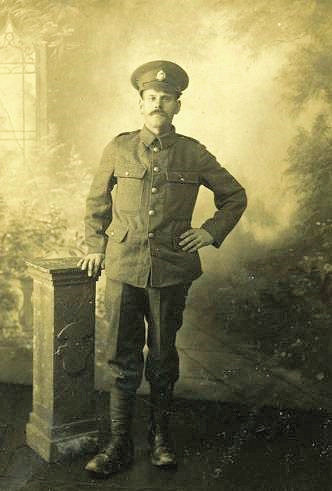