Harry was born in Halstead, Suffolk, the son of Jethro & Sarah Garrod5, Holmsdale Terrace, Stevenage. The family later moved to Southsea Road, Stevenage, where both father and his sons worked in the Educational Supplies Association factory.

Harry, who initially served in the Regiment as Private 1773 – presumably his Territorial number before volunteering for overseas service. He arrived in France on the 6th November 1914. He served continuously with his Regiment and was to lose his life on the first day of a major British offensive, The Third Ypres, or Battle of Passchendaele. On the day of his death, the 1st Herts were cut to pieces by shot and shell at St. Julien in the Ypres Salient. They had marched from Vlamertinge to their assembly position arriving by midnight on the 30th/3 1st July 1917. A general bombardment of the German lines commenced at 3.45am on the 3 1st July and the Hertfordshires left their assembly position at 5.00am and captured St. Julien during the morning. Unfortunately, the promised supporting artillery barrage did not materialise as the guns could not be brought up due to the all-prevailing mud and the tanks did not arrive for the same reason. By noon the Herts had crossed the Steenbeck stream and had come across unbroken wire that prevented any further advance. The German artillery and machine-guns decimated them and by the end of the day the Herts had virtually ceased to exist. Over half the fighting strength of the Battalion, including most of the officers, were killed or wounded in a single day. Harry has no known grave and his name is recorded on the Menin Gate Memorial, Ypres, Belgium. 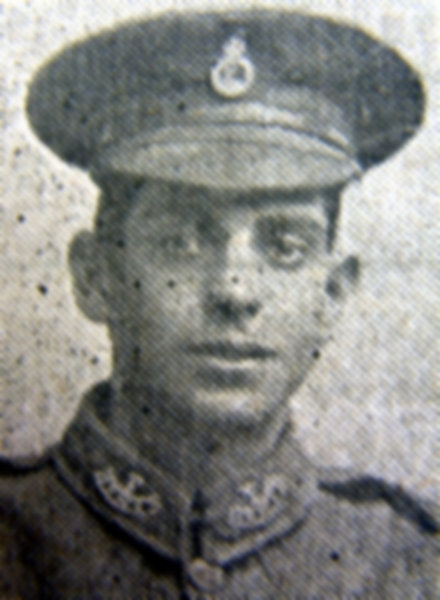