The only probable ‘A. Whitby’ in the whole of ‘Soldiers died in the Great War’ is Andrew Whitby of the 11th Battalion of the Essex Regiment who was killed in action on the 23rd March 1918 in France. His Regimental Number was 202809 and he had previously served in the Hertfordshire Regiment with the Regimental Number 2317. Unfortunately, no link to Hitchin has been established as he was born in Wimpole and enlisted in Royston where he resided. He has no known grave and is remembered on Bay 7 of the Arras Memorial to the Missing in France. In the whole of’Soldiers died’ database and the Commonwealth War Graves Commission records, there is no one of this name recorded as having been born, enlisting or residing in Hitchin and it is possible that this entry is a duplication of ‘A.H. Whitby’. In future years it may be possible to make a positive identification when the soldiers personal papers are released by the Ministry of Defence to the Public Record Office at Kew. Unfortunately, many of the papers were destroyed or damaged by bombing during the Second World War.

He enlisted in the Hertfordshire Regiment, serving with “E” Company. After being promoted he was transferred to the Essex Regiment. 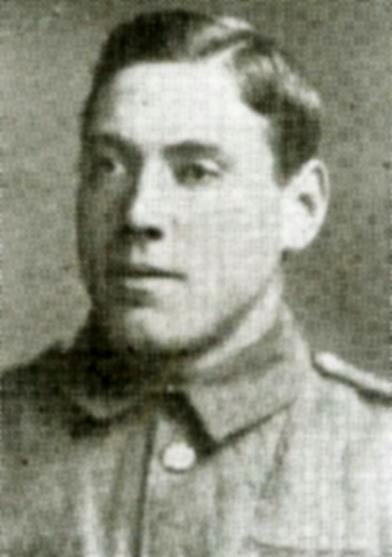