Not Yet Researched
Mentioned in Despatches

Born on 3 Jun 1887 in St Pancras, London son of Argo and Mary Ann (Oxenham) Gold who were married in Bovingdon, Hertfordshire in 1886 and later lived at 31 Gloucester Square, Hyde Park, London and in South Street, Park Lane, London in 1911. Educated at Eton College and Magdalen College, Oxford 1906-09, he became a solicitor’s articled clerk. He played cricket for Eton, Oxford University, Berkshire (1906) and Middlesex (1907).

Entered France in May 1915. Mentioned in despatches (London Gazette 15 Jun 1916) and was killed in action at Ovillers on the Somme. 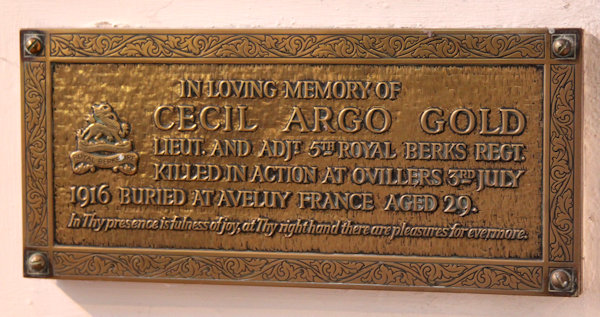