Bourne End Village Memorial, Not on the Croxley Green memorials

Born on the 2 April 1887 at Eastbury Cottages, Watford, Joseph Goodman was the son of George and Sarah (née Jeffs) Goodman of Bourne End Lane, Boxmoor, Herts. His parents were married in the third quarter of 1884, registered in the Watford district.

At the 1891 Census, they were staying with Sarah’s sister’s family, the Thackhams at 14, The Mill Square, Rickmansworth, Croxley Green.

The Goodman family included George (age 28), Sarah (age 32), Albert (age 6), Joseph (age 5) and Edith (age 4mths). George is employed as a general labourer. The birthplaces given for them are Batchworth Heath for George, Watford for Sarah, Albert and Joseph and Croxley Green for Edith.

At the 1911 they had moved again and were living with his parents at 122 New Road, Croxley Green. Joseph (age 24) was now working as a farm labourer, the same occupation as his father, and he and Jane had one child, Ethel (age 1). Three of George and Sarah’s children were also there; Albert (age 25), Edith (age 19), Florence (age 16) and Annie (age 7 mths).

Joseph enlisted on 2nd June 1915 at Watford as Private 20846 in the Bedfordshire Regiment, 4th Battalion. He was living at 12 Vale Road, Bushey, Hertfordshire at the time, the home of Jane’s father, George Trowles.

It is thought he transferred to the Loyal North Lancashire Regiment on 14th December 1916, initially joining the 13th battalion, with a new service number of 35070.  Joseph was then posted to 1st battalion and sent to France.  He was later transferred in the 9th battalion, which was part of the 74th Brigade of the 25th Division.

Joseph was killed in action on 11th August 1917. Following on from the Battle of Pilkem (a phase of the Third Battles of Ypres), the 74th Brigade were tasked to renew the attack on Westhoek, which had been held up so far. The Brigade successfully took their objective, but sustained very heavy casualties in the process, one of which was Private Joseph Goodman.

He is remembered with honour on the Menin Gate Memorial. He is not commemorated on a Bushey memorial.

Joseph’s pension record card indicates his wife received a £3/6/- on 11 December 1917, owed from his pay & allowances, and a war gratuity of £9/10/- paid on 11 March 1920. Her address at the time was given as Bourne Lane, Boxmoor, Herts. Jane subsequently married John Nash (b c 1897) in 1919 in Berkhampstead. Information provided with the kind permission of Bushey First World War Commemoration Project – Please visit www.busheyworldwarone.org.uk. Information also drawn from the Our Watford History website - please visit www.ourwatfordhistory.org.uk and the Wartime Memories Project - please visit www.wartimememoriesproject.com 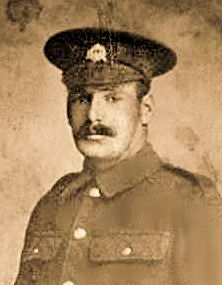