Born in 1880, in Hertford Heath, to parents William and Sarah A, he had one brother and four sisters and in 1881 they were living in London Road, Great Amwell. His father was a builder employing 12 men and two boys. They were living in Heathfield House in 1891. In 1901 Horace was living on his own at 4 New Zealand Cottages, Little Amwell and was employed as a carpenter/joiner, later that year he married Annie Eliza Ruffles in Little Amwell. By 1911 they were living at 73 Bengeo Street, Hertford, with their son Horace William, who was eight years old and Horace was a building contractor/employer. They later lived in Rosslyn Villa, Ware Road, Hertford and he was a Hertford town councillor for five years.

Enlisted at Chelsea and was posted to 525 Company London Reserve Field Company. This unit provided reserves for the Royal Engineers of the 47th (2nd London) Division and were based at Maidenhead and Epsom.

As there are no records of any medals for Horace it is unlikely that he served overseas. He died in Richmond Hospital, Surrey after an explosion in a munitions factory at Hatfield.

According to probate records the family were living at Rosslyn Villa, Ware Road, Hertford, at the time of his death and £2818.13s.7d was left to his wife. 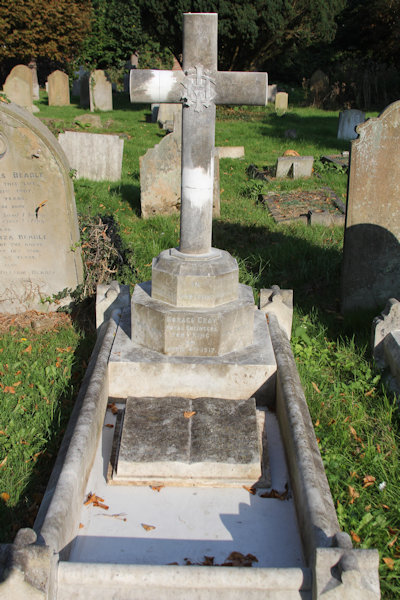