Enlisted at Hertford and joined the Hertfordshire Regiment before being transferred to the Bedfordshire Regt. and was sent to France on 21st January 1915. His is unit took part in the Second Battle of Ypres in April and May, where they fought at Hill 60 and lost so heavily that they were effectively rebuilt twice during the fighting. In 1916 they took part in the Somme campaign specifically at the battles for High Wood, Guillemont and Flers Courcelete . The following year they fought at Arras before moving to Ypres for the Battle of Passchendaele. Stanley was awarded the Military Medal for gallantry and devotion to duty on 31st July 1917 and received the medal in September and it was reported in the Edinburgh Gazette on 5th November 1917. In December 1917 they were taken from the Western Front and moved to Italy to stabilise the Front after the Battle Of Caporetto. Following the German spring offensive in March 1918 they were rushed back to the Western Front where they fought at the Battle of the Lys in April/May. When the allies began their final advance in the summer the battalion took part in the Second Battle of Albert and on 23rd August Stanley was killed during the 1st Bedford’s attack on German positions in front of Achiet Le Petit.

Youngest of nine brothers, all of whom served. 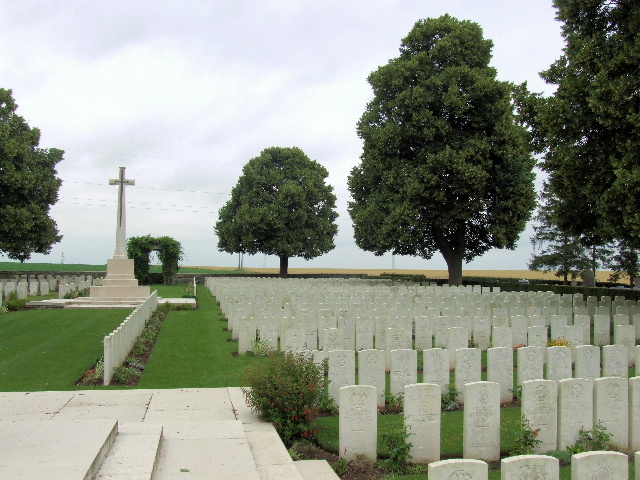