John was the second son of Charles & Sarah Woods, of 27, Barkway St., Royston. Before the outbreak of the great war, he had worked as a teacher with London County Council

John enlisted in the Coldstream guards in September 1914, and went out to France in February 1915, where he was commissioned as a second Lieutenant in the Kings own Yorkshire light infantry. He was awarded the military cross for capturing 60 prisoners, taking charge of half of the Battalion and consolidating their position. On 14 April 1917, John was leading “B” Company in an attack on the village of Fayet. The company had to negotiate a large number of dugouts on the way, which was successfully achieved. At 6:40am, the Germans made a heavy counter-attack on the village and “B” company was forced to fall back. It was during this encounter that John was killed. It was during this action that Sergeant John Ormsby, who was acting as the Company Sergeant Major for “B” Company, won the Victoria Cross. 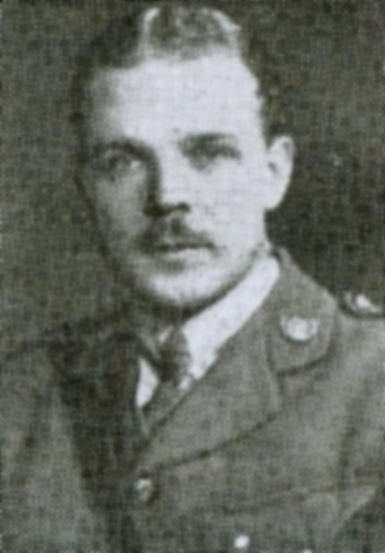