>He has no Headstone. He is commemorated on the Tyne Cot Memorial in Belgium to the missing.

Daniel enlisted on the 28th May 1915, in Christchurch, New Zealand, posted to “A” Coy, 1st Battalion, Trentham Regiment, with the Service No. 23/113. He embarked from Wellington, New Zealand on 9 October 1915 and arrived in Alexandria, Egypt. The whole of the New Zealand Expeditionary Force was then moved to a training base in England, this being more suitable for troops destined for service in France.

He was appointed a Lance Corporal on 14th August 1917. In September of that year he married Nellie Florence Herne, the daughter of Morris Herne and Elizabeth Herne (nee Evens), a member of an established Oxhey family, who lived at 3 Caroline Cottages, Capel Road, Oxhey in Watford.  Nellie was aged 24 and worked as a domestic servant. Daniel served as a Lance Corporal on the Western Front and died at Ypres in the Battle of Passchendaele a month after the marriage on 12th October 1917, aged 26. He is remembered with honour at the Tyne Cot Memorial. N Z Apse Panel 7.

In the spring of 1919 Florence married again in London and as Mrs Florence Vernon lived at 30A Pinner Road, Oxhey. Daniel Davey is commemorated on the memorial at St Matthew’s Church, Oxhey, Herts.


After his death he was recorded as the son of John and Ellen Davey, of Broomfield, Papakaio, Oamaru, Otago, New Zealand; husband of Nellie Florence Vernon (formerly Davey), of 30a, Pinner Rd., Oxhey, Watford, England. 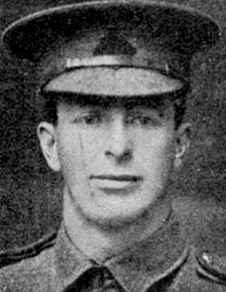