>"GOD BE WITH YOU TILL WE ALL MEET AGAIN"

Frederick Hart was born in Watford, Hertfordshire, on 12th January 1892, son of William Hart a Paper Mill Worker and Emily Hollins Hart (nee Morris). One of 11 children three of which died in childhood.

1911 Census records Frederick aged 20 a Private in the 1st Battalion, Bedfordshire Regiment, Stationed at Longmoor Camp, Longmoor, East Liss, Hampshire. It is not known exactly when he enlisted or left the Army.

Frederick now with the 2nd Battalion, Bedfordshire Regiment, they left Southampton on 5th October 1914, aboard the “S.S. Winifredian” stopping off in Dover for supplies, landing at Zeebrugge, Belgium, on the morning of 7th October 1914.

The Battalion first saw action on 18th October 1914, around the 10Km marker stone, on the Ypres- Menin Road.

It is not known when Frederick was transferred to the 1st/4th Battalion, Essex Regiment, with the new service number 37167.

Frederick was Killed in Action on Sunday 25th November 1917. He is buried in the Ramleh War Cemetery, Israel, and Palestine. The inscription on his Headstone reads “God be with you till we all meet again”.  (Requested by his father).

His elder brother Private 7324 William Hart of the East Surrey Regiment was killed in action on 21st July 1916.

His parents moved to 2 Garden Terrace, Watford Heath, Watford, after his death.

He is remembered with honour at Ramleh War Cemetery in Palestine. And commemorated with his brother William Hart, on the memorial at St Matthew’s Church, Oxhey.

The 1st/4th Battalion, Essex Regiment saw action in Gallipoli. They were evacuated and moved to Mudros on the Greek Island of Lemnos on 4th December 1915.

They arrived in Alexandria, Egypt, on 17th December 1915, remaining in Egypt/Palestine throughout the remainder of the war. 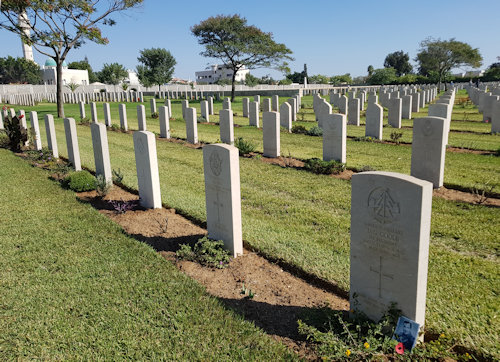