THIEPVAL MEMORIAL
Pier and Face 6 B and 6 C.
France

>He has no Headstone. He is commemorated on the Thiepval Memorial, Somme, France, to the missing

William Hart was born in Watford, Hertfordshire, on 24th August 1889, son of William Hart, a Paper Mill Worker and Emily Hart (nee Morris). One of 11 Children three of which died in childhood.

By 1911 now aged 21 William was working as a Carman (Driver of a horse draw vehicle) and lodging with Mr & Mrs Pollard, at 5 Shaftesbury Road, Watford, Herts.

William enlisted in Watford, Herts, posted to the East Surrey Regiment, with the service number 7324. His medal index card indicates he landed in France on 17th July 1915.

On the evening of the 20th July 1916, the Battalion arrived in the front-line trenches between High Wood (Bois des Foureaux) and Longueval.

William was Killed in Action on Friday 21st July 1916, at the “Battle of the Somme – Attack on High Wood”.

William has no known grave and is commemorated on the Thiepval Memorial to the missing. Pier and Face 6 B & 6 C.

His younger brother Frederick Hart was killed in action on 25th November 1917, he is also commemorated on the St Matthews Church Memorial.

The value of his effects were £1-0s-2d, Pay Owing and £9, War Gratuity which went to his widow Elizabeth. Elizabeth received a widows pension of 18/6 per week, at the time the Pension was issued she was living at 96, Harwood Road, Watford, Herts. Also see ‘Additional Information’ provided with kind permission of Bushey First World War Commemoration Project – Please visit www.busheyworldwarone.org.uk. 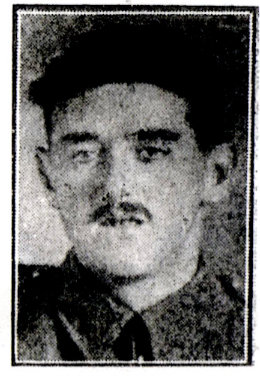