Randall John Harwood was born in Welwyn on 1st January 1888 the son of Alfred and Sarah Alma Harwood. The family were living at White Hill, Welwyn on the 1891, 1901 and 1911 Censuses. He was educated at St. Peter's School, Ayot St Peter, Nr. Welwyn, Hertfordshire and was working as a gardener on the 1911 Census, the same as his father, who was a gardener at The Frythe, Welwyn.

He tried to enlist in August 1914 and was rejected, but after an operation was able to enlist in June 1915. He seems initially to have joined the Gloucestershire Regiment,  but at the time of his death he  was serving with 4 Company of the Hertfordshire Regiment.  He went to France in May 1916 and was killed in action at Armentieres. He was killed on the same day as Alfred Shepherd, also from Ayot St Peter, and they are buried in the same cemetery.

The Regiment was part of the 118th Brigade in the 39th Division. According to the Regimental history, in the Spring and Summer of 1916, they were not involved in any important engagements. At the beginning of March they were in Ebbingham a few miles east of GHQ at St. Omer and for the next few months were probably used in support, relief and to provide working parties where necessary for other units situated nearer the front. This would account for men being killed in the area of Festubert between May and early August and north of Ploegsteert in mid-August 1916.

His father received a war gratuity of £4 and pay owing of £6 16s 7d. His mother received a pension of £4 6s a week. Cousin to Harold William Philpott also named on the Ayot St Peter Memorial. 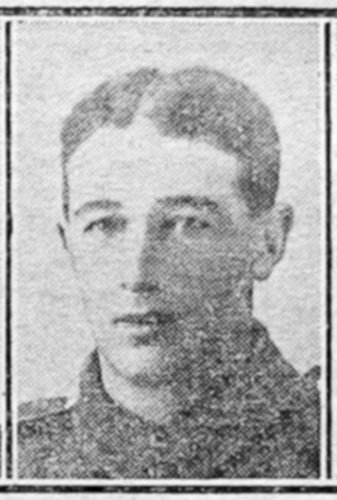