>He has no headstone. He is commemorated on the Vis-en-Artois Memorial to the missing in Northern France.

Francis William Ernest Hemming, born in Paddington, London in 1885, was the son of Francis Joseph Bache Hemming, an Accountant and Annie Hemming (nee Jones), the eldest of four children one of which died in childhood.

1891 Census records Francis aged 5, at school and living with his parents, brother Arthur 4, and sister Annie 2, at Osborne Villa, Brougham Road, Acton, Middlesex. The family had a live-in Domestic Servant.

By 1911 they had settled at 58 Kingsfield Road, Watford, where they had two boarders and a domestic servant. Francis was employed as a commercial clerk in a chocolate factory and lived at home with his parents and sister May.

In the summer of 1913, he married Jessie Kipling, the eldest daughter of Walter and Laura Kipling, of Falconer Road, Bushey. John Lionel Calvert Booth, an artist from the Herkomer Art School, was a lodger at their house. Francis and Jessie made their home at 44 Rudolph Road, Bushey. The had three children Ernest, Joseph, and Stanley.

He served initially with the 15th Battalion then the 14th.

He was killed in action on 18 September 1918, aged 33. His final resting place is unknown, but his name is listed on the Vis-en-Artois Memorial in Northern France, to the missing. He is commemorated on the St Matthew’s Church Memorial in Oxhey. Jessie later moved to 29 Rudolph Road, Bushey. She never remarried and died in Watford in 1975.

Jessie was awarded a widows pension of 49/- per week for her and the children. The value of his effects were £6-5s-11d, Pay Owing and £10-10s-0d, War Gratuity which went to his widow Jessie. Son of Francis Joseph and Annie Hemming, of Alywne Lodge, Rickmansworth Rd., Watford; husband of Jessie Hemming, of 29, Rudolph Rd., Bushey, Herts. Information provided with kind permission of Bushey First World War Commemoration Project – Please visit www.busheyworldwarone.org.uk. 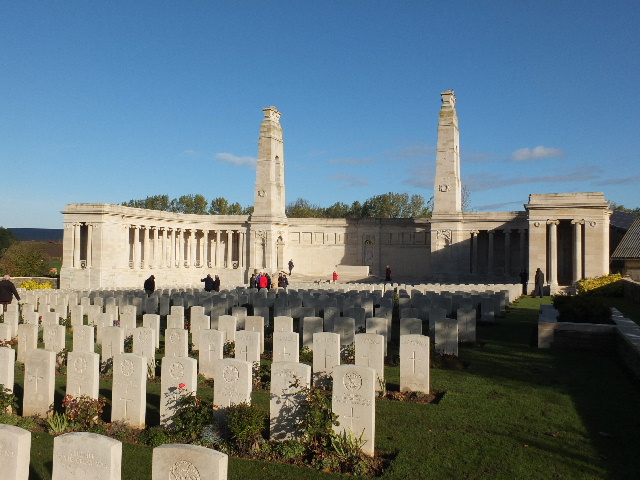