Bertram Charles Ibbott, the son of Arthur Pearson Ibbott and his wife Victoria Ibbott (nee Miller), was born in Dalston, Middlesex in 1896, the fourth in a family of five children.

Bertram was born 1896 in Dalston, Middx, and attended Watford Grammar School from January 1907 to July 1912.

His father was initially a railway clerk and the family lived at a number of addresses in Middlesex before moving to Hertfordshire in about 1900, where their youngest child Claude was born.

Arthur Pearson Ibbott was now a secretary to a public company and by 1911 he had progressed further and was a secretary and accountant to an investment company and the family employed a ‘lady help’. At that time, Bertram was a pupil at Watford Boys’ Grammar School.

Bertram enlisted on 10th April 1915 in Bushey, Herts, and posted to the Army Service Corps with the service number S/4/085715, he landed in France on 25th September 1915, and served on the Western Front.

In December 1916, he was transferred to the Bedfordshire Regiment with the service number 43480, he was again transferred this time to the Machine Gun Corps with the service number 85380, it is not known when this transfer took place. Bertram was wounded by an exploding shell and died of wounds in Hospital on 16 July 1917, aged 21. He was buried at the Beehive Cemetery, Willerval in northern France. The cemetery owes its name to a German machine gun emplacement known to the British troops as "The Beehive". It was made by fighting units after the occupation of Willerval in the Battles of Arras, 1917. At home, his name is also one of five servicemen on a small stone memorial plaque belonging to Paddock Road Baptist Chapel, Oxhey.

He was entitled to the Victory, British War and 1914-15 Star medals.

There is an article about and a Death announcement for Bertram in the West Herts and Watford Observer dated 28 July 1917.
His father, Mr. A. P. Ibbott of "Ivinghoe" Sherwood Road, Watford Heath, Watford, requested his headstone inscription: "ALSO IN MEMORY OF 26046 PTE. ARTHUR D. IBBOTT LOYAL NORTH LANCS. REG. MISSING 3RD SEPT. 1916".

The value of his effects were £30-17s-10d, Pay Owing and £10, War Gratuity which went to his father Arthur. Son of Arthur P. and Victoria Ibbott, of "Ivinghoe", Sherwood's Rd., Watford Heath, Watford, Herts. 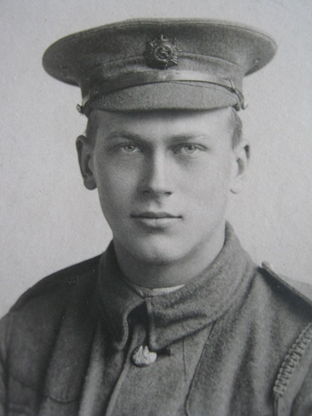