Born in 1897 in Great Dunmow son of Charles Henry and Julia Ann (Ellis) Jarvis and living there in 1901 and 1911 as a shepherd. Later of London Rd., Hertford Heath, Hertford.

He enlisted at Hertford and entered France on 11 Oct 1915.

The 6th battalion was in the front line facing Contalmaison from 8 Jul 1916. On 15th Jul 1916 the battalion was in the Battle of the Somme mounting an attack on Pozieres from trenches south of Contalmaison. About 240 officers and men were killed, wounded or missing at the end of the day. There were two major Casualty Clearing Stations at Mericourt-L’Abbe at this time. Thomas Jarvis died of his wounds in a Casualty Clearing Station in Mericourt-L’Abbe. 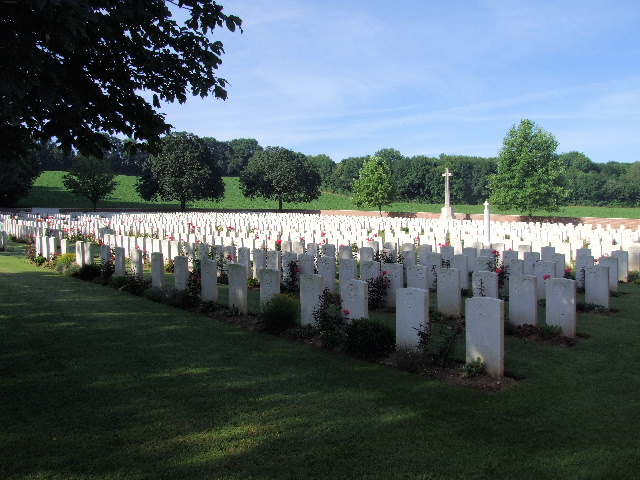