Woolmer Green Memorial
Not on the Welwyn Memorial

Born in 1877 in Woolmer Green, Hertfordshire to Henry and Emma Jefferies. Married Susan Marvel in Stevenage on 2 June 1900 and remained living in Woolmer Green. On the 1911 Census, he was living there with his wife and five children and working as a labourer in the gravel pit.

He enlisted in Hitchin.

In the Hertfordshire Regiment Alfred was given the Regimental number 269175. He served with 4 Company and was killed in action. On the day of his death, the 1st Herts were cut to pieces by shot and shell at St. Julien in the Ypres Salient. They had marched from Vlamertinge to their assembly position arriving by midnight on the 30th/3 1st July 1917. A general bombardment of the German lines commenced at 3.45am on the 31st July and the Hertfordshires left their assembly position at 5.00am and captured St. Julien during the morning. Unfortunately, the promised supporting artillery barrage did not materialise as the guns could not be brought up due to the all-prevailing mud. By noon the Herts had crossed the Steenbeck stream and had come across unbroken wire that prevented any further advance. The German artillery and machine-guns decimated them and by the end of the day the Herts had virtually ceased to exist. Over half the fighting strength of the Battalion, including most of the officers, were killed or wounded in a single day. He is buried in Plot X, Row D, Grave 1 in the Tyne Cot Cemetery, Zonnebeke, Belgium. 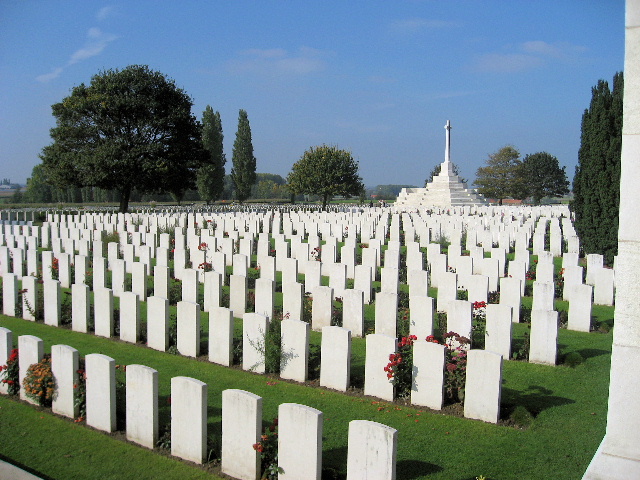