Born on 28 February 1882 in Welwyn to Daniel and Mary Davies. Baptised on 26 March 1882. Married Esther Wilsher of Tewin in 1909. On the 1911 Census he was living with his wife Esther and their child Elsie in Woolmer Green, where he was working as a carman to a gravel contractor.

Enlisted in Hitchin, Herts. Killed in action during the Battle of St Quentin.

War gratuity of £3 awarded to his widow Esther, as well as pay owing of £3 3s 6d. N.B. The name Davis is sometimes misspelt with an 'e' on some records. 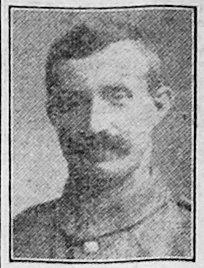