>REST IN THE LORD WAIT PATIENTLY FOR HIM

Alfred John King was born in Arlesey, Beds in 1894 the son of William and Mary King.

On the 1901 Census the family were living in the Old Yard, Arlesley where his father was a horse keeper on a farm. By 1911 they had moved to Ayot Green, Welwyn and Alfred was working as a houseboy.

He enlisted in Hertford in December 1914 and initially served in the Hertfordshire Regiment under reg. no. 4195, later transferring to the Royal Berkshire Regiment. After his training he served on various important duties with his unit until July 1916 when he was drafted to the Western Front. He died at the Military Hospital in East Dulwich from pneumonia and wounds received in action at Thiepval.

(N.B. The National Roll of the Great War states that he was sent to the Western Front and died from wounds received at Thiepval, however some other sources suggest he spent his service 'at home' in the UK)

His mother, Mrs M J King of 32 London Road, Welwyn, Herts. ordered his headstone inscription: "REST IN THE LORD WAIT PATIENTLY FOR HIM" His parents received a war gratuity of £8 10s and his pay owing of £4 2s 8d. His father received a pension of 5 shillings a week from 16 November 1917. N.B. On the 1911 Census James Wigmore was a Boarder with the King family. He died in 1917 and is also named on the Ayot St Peter Memorial. 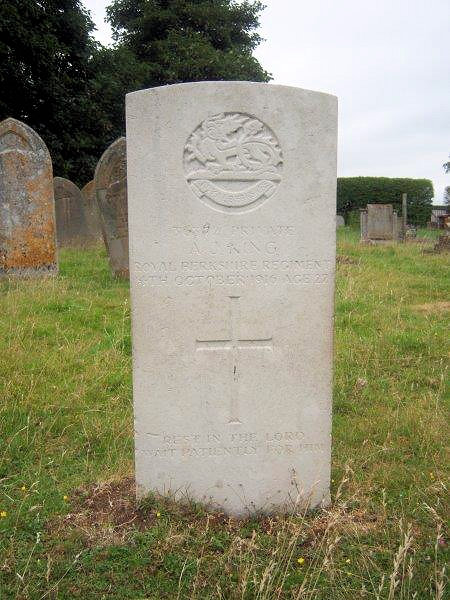 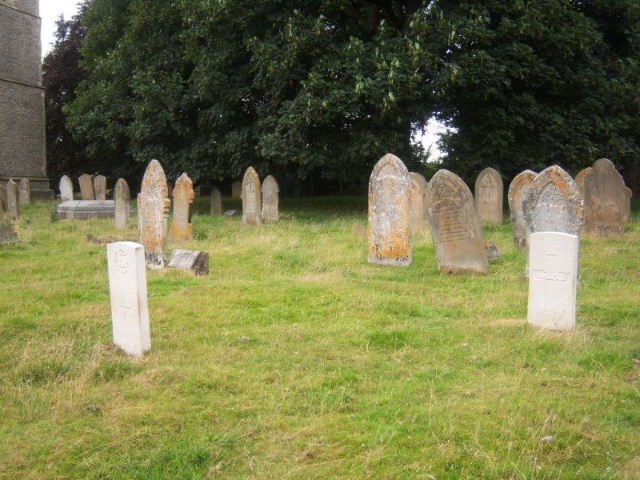