John was the son of William & Mary Kirby, of Alleyns Road, Stevenage. His father was a Railway Signalman and his mother ran a local laundry. Before joining the Army, John had worked as a Labourer and Carpenter but by 1911 was a Fruiterer by trade.

He had been serving as a Battalion Drummer in France since 7th October 1915. On the 4th July 1916 the Battalion were located at Cookers Farm near Ypres. A party of men were sent out on a reconnaissance patrol, led by Lieutenant Hall. The patrol was spotted by German sentries and attacked with Grenades. Two members of the patrol were killed in the attack, one of whom was John Kirby. He is buried in the Pond Farm Cemetery, Heuvelland, Belgium. 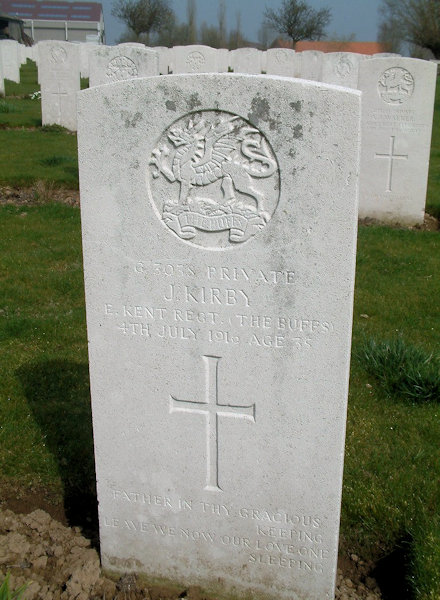