>"THE STRIFF IS O'ER THE BATTLE DONE"

Eric was educated at Bedales Boarding School in Petersfield, Hampshire.

He attended University College London and Qualifying as a Civil Engineer.

Eric was attested on 15th September 1914, at Euston Road, London, for 4 years’ service in the U.K. into the 28th (County of London) Battalion, London Regiment (Artist Rifles) Territorial Force, he was aged 19, as Private 2700 Eric Lailey. He was discharged on 10th November 1914, as he was appointed a Commission. He was Commissioned a 2nd Lieutenant in the 7th Battalion, Duke of Cornwall’s Light Infantry. He landed in France in July 1915, and fort on the Western Front. He was killed in Action the following year (29th February 1916) at the age of 21 and was buried at Bard Cottage Cemetery in Belgium.

His parents moved, firstly to 34, Chalk Hill, Oxhey and later to ‘Newton’, Watford, Herts. He is commemorated on the memorial at St Matthew’s Church.

His father, E. Lailey, Esq. of "Newton" Watford, Herts. ordered his headstone inscription: "THE STRIFF IS O'ER THE BATTLE DONE"". The value of his effects were £7-7s-5d, Pay Owing and £5, War Gratuity, the recipient was not given. His Will left his effects to his father. Son of Ernest and Leah Lailey, of "Newton," Watford, Herts. Information provided with kind permission of Bushey First World War Commemoration Project – Please visit www.busheyworldwarone.org.uk. 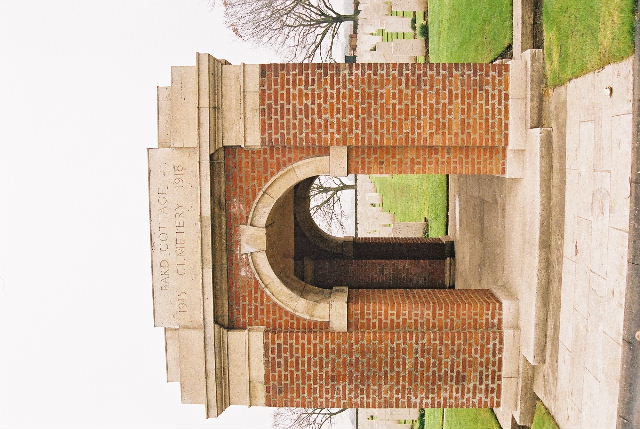