Born on 7 March 1875 in Brighton, Sussex, and baptised on 6 May 1875 at St Peter’s, Brighton, Frederick Neil Le Mesurier was the son of Colonel Frederick Augustus and Louisa Ann (nee Browne) Le Mesurier.  His parents were married on 31 January 1866 at St James’ in Dover, Kent.  Louisa died in 1912, aged 77, in the Headington district in Oxfordshire, and Frederick died on 9 June 1926 in Oxford aged 87.

Frederick’s father had an active army career joining the army, aged 20, in 1859 and rising to the rank of Colonel in the Royal Engineers.

In 1871 Frederick Augustus and Louisa were living in Gilliam, Kent with two children, Eugene and Sydney who were aged 4 and 1 respectively.

On the 1881 Census, Frederick was 6 years old and a visitor with his mother and his sister, Sybil, at the Johnston family residence in Bromley, Kent.  His father was serving in South Africa at that time, commanding the Pretoria Rifles.

On the 1891 Census, Frederick was a student, aged 16, and a visitor at the residence of Eliza Hewitt in Christchurch, Hants. Her two sons also present were working as assistant teachers.

Like his father, Frederick made a career in the army. The Hart’s Annual Army List for 1908 records him as a captain in the 85 Sierra Leone Battalion of the West African Frontier Force.  He was commissioned as 2nd Lieutenant on 28 September 1895, Lieutenant on 1 October 1897 and Captain on 5 March 1900. It also records him as temporary Major on 20 Feb 1907.

It appears that Frederick was, to some extent, involved in Winston Churchill’s dramatic escape in South Africa in 1899. Churchill was a newspaper correspondent covering the Boer War for the Morning Post. He was present at an ambush of an armoured train and captured by Boers., Churchill and the other prisoners arrived in Pretoria on November 18, 1899 at the prison called the State Model Schools. During the night of 12th December, when the prison guards had turned their backs on Churchill, he took the opportunity to climb over the prison wall.

Details of the escape are not altogether clear and, when asked, Churchill was not very forthcoming. However, it appears there were three rooms facing Van der Walt Street to the north of the main prison entrance. Some of those who shared the central room with Winston Churchill were Captain Alymer Haldane of the Gordon Highlanders, Lieutenant le Mesurier of the Dublin Fusiliers and Captain A. E. Haserick and Sergeant A. Brockie of the Imperial Light Horse. Haldane and Brockie intended to escape with Winston but were prevented by the vigilance of the sentries. Haldane, Brockie and le Mesurier escaped subsequently.

Frederick cannot be found on the 1901 Census and he is presumed to be serving in Africa.  He is similarly elusive on the 1911 Census.

The 1911 Census shows Rachel living at ‘Bourne Place, 101 Herkomer Road, Bushey with her sister, Alexandra, and their widowed mother.

During the First World War, Frederick served as a Captain in the Royal Dublin Fusiliers and was killed in action on 25 April 1915. His death was recorded in the St James’ Parish Magazine and at the Inner Temple.
He is remembered with hour at the Menin Gate in Ypres and is commemorated on the Bushey Memorial and at St James’ Parish Church, Bushey. He is also included on Ireland’s Memorial Records for 1914-18.
The entry in the Register of Officer’s Effects is for "£26-9-9 to the manager, Lloyds Bank, Ltd, Watford for credit to a/c of Mrs Rachael Whitford Le Mesurier."  The National Probate Calendar for 1916 also includes the following entry: “LE MESURIER Frederick Neil of Bourne Place Bushey Hertfordshire died 25 April 1915 in Flanders Administration (with Will) London 18 January to Rachael Whitford Le Mesurier widow. Effects £523 14s. 4d.”
His wife, Rachel, never remarried and died on 27 October 1941 in St Albans, Herts, aged 67, and was buried on 1 November at St James’ Church, Bushey.
Frederick and his family feature on the Plantagenet Roll of the Blood Royal. There is also an entry (Ref: 382b) in the Rough Index to the Le Mesurier Family (4th Edition) on the guernsey-society.org.uk website. 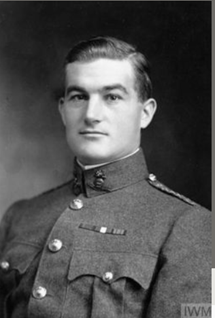