Jack was born in Datchworth in 1888 and the son of Joseph & Susan Lisles of 9, Brampton Park Rd., Hitchin. He was registered as Jack Scales Lisles - Scales was his mother’s surname and she was probably related to Herbert Scales (qv). In 1901 he was at home at Holly Bush cottages, Datchworth. with parents and his father occupation was ploughman. Jack was recorded as John. In 1911 he was living with his widowed mother at the same address and working as a farm labourer; his first name is shown as Jack. He had been born in Datchworth, but was living in Hitchin where he enlisted. He was unmarried. He had worked at the Hitchin Urban District Council sewage farm before enlisting.

He volunteered in September 1914 and joined the 8th Battalion of the Regiment with the Regimental Number 16930. He arrived in France 30.08.1915 and fought in the 2nd Battle of Ypres, Loos and on the Somme where he was severely wounded. He was invalided home to a military hospital in Bristol but died of his wounds. On the 21st September 1916, the Battalion had moved back to Guillemont and dug in at the north-east corner south of the railway in support of the Buffs. The three days following were spent in preparing assembly trenches for a further attack.

It is believed that his mother moved to Datchworth. 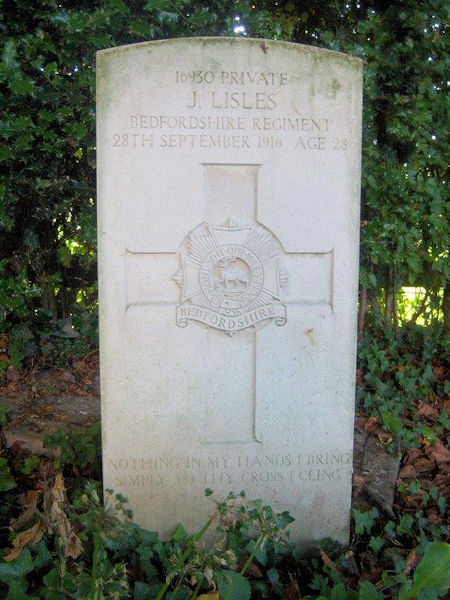 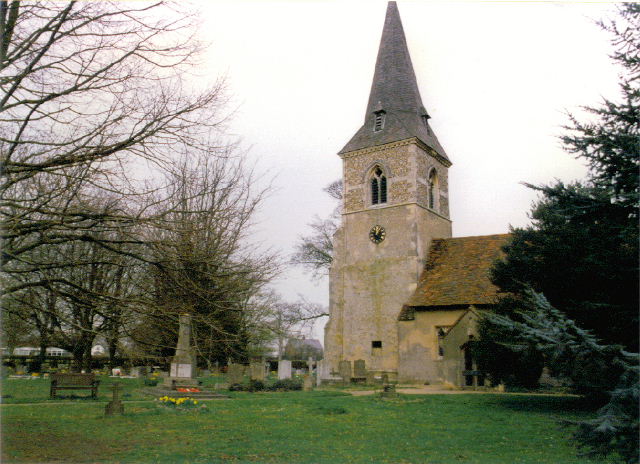