Herbert was born on the 1st September 1894, the son of Thomas & Mary Day (nee Austin). Census records show that the family lived in Alleyns Road, Stevenage, and that Herbert followed in his father’s footsteps by taking up an occupation as a House Painter.

He was to lose his life during the closing stages of the Battle of Passchendaele. The offensive had been launched on the 31st July 1917 and continued until the fall of Passchendaele village on 6th November. Although it resulted in gains for the Allies it was by no means the breakthrough General Haig intended, and such gains as were made came at great cost in human terms. The area had suffered the heaviest rains it had seen for 30 years and this, combined with intensive shelling from both sides, had turned the ground into a hellish morass. The battalion was involved in an attack near Westrozebeke, which is North-West of Ypres. The assault commenced at 05.50am and the going was very bad with many men up to their knees in mud. To make matters worse the Germans were expecting the attack and once it commenced they brought heavy shelling to bear on the advancing British troops. Even those who were not caught in the barrage could not move and were shot by German snipers while sticking in the mud. Little headway was made and the Battalion suffered some 234 casualties, including 157 wounded. Herbert Day was amongst those wounded and died the following day as a result of his injuries. 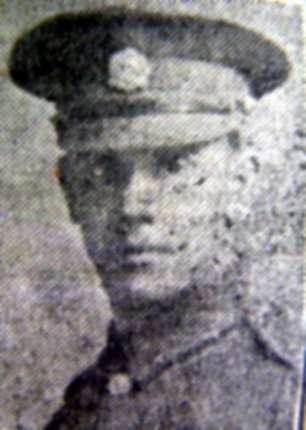 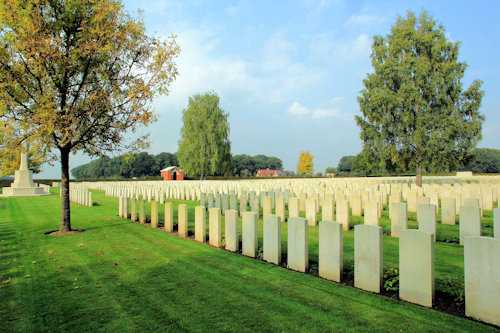