He joined the Canadian Expeditionary Force and returned to fight. He enlisted in Vancouver on 31 Jul 1917, embarked from Halifax on 20 Nov 1917 on the S.S. Scotia arriving in Liverpool on 7 Dec 1917. After training in England, he joined his unit on 11 Aug 1918. On 27 Sep the 7th Bn. attacked the enemy from Bourlon Wood near Cambrai. Heavy fighting took place until they were relieved on 1st Oct. While enjoying some rest and recreation in the nearby chateau over the next week, a shell landed on them and he was killed with others. His brother Albert, in the Grenadier Guards, came that same day to visit him on his day off and was shown his body.

Of the ten families living in Paradise Row, four lost a total of five sons in WW1 and all are listed on this memorial. 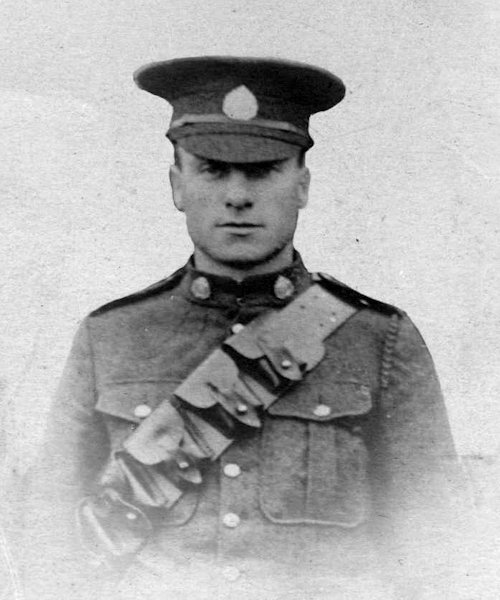