Born in 1898 or 1899 son of Alfred and Mary Ann (Odwell) Miles and living in Cowbridge, Hertford in 1901. His father was a gravel pit labourer. The 1911 census shows them living at 10 The Folly, Hertford where his father was a general labourer.

Joined the 16th Lancers, part of the 3rd Cavalry Brigade, itself a part of the 2nd Cavalry Division, which had fought in France since September 1914. From late 1914 until 1918 they fought as dismounted troops. George died in 1916 but records show that the 16th Lancers did not take part in any major engagements that year, and as he is buried in St Andrews Churchyard in Hertford he may have been wounded and returned home or died from an illness. 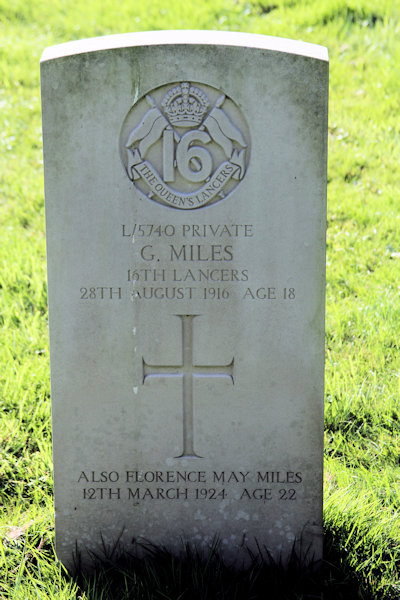