Arthur was born in Hatfield and his father was Arthur William Abbiss and when Arthur (junior) enlisted his father was living at 5 Nunnington Terrace, Armley, Leeds. Later his father’s address was recorded as 27, Bedford Street, Hitchin. Before the war Arthur was a Station Agent. He enlisted 22nd July 1915 in Winnipeg when he was 23 years and 5 months. He was recorded as of dark complexion with Brown eyes and hair and was 5’ 7” tall. His religion was given as Methodist.

He served in the 43rd Battalion (Cameron Highlanders) of the Canadian Infantry in the 9th Brigade of the 3rd Canadian Division and held the Service Number 153350. Between 8th and 10th October 1916 Canadian Battalions were engaged in hard fighting for the German held Regina Trench in the area approximately one mile north of Thiepval. They entered the trench but were forced out. He was buried in Plot VII, Row A, Grave 4 in the Regina Trench Cemetery in France. A private inscription on the headstone reads "Died for King and Country". 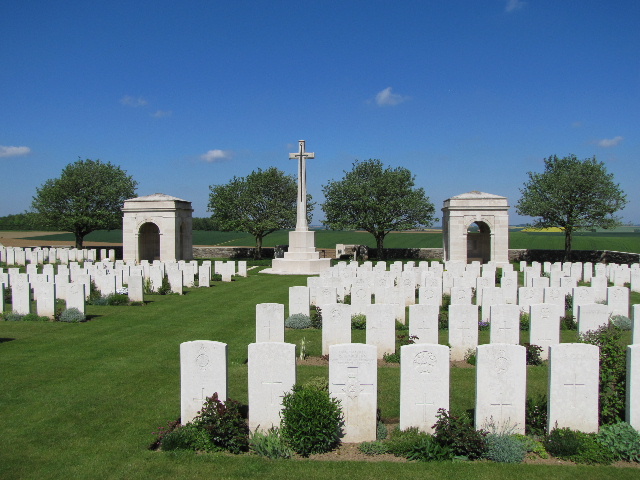