Harold was born in Southport, Lancashire on the 13th July 1877 the son of Edward Ackroyd who was the Chairman of the Southport & Cheshire Lines Extension Railway Company. Harold was first educated at Mintholme College in Southport and later attended Shrewsbury College. He then went to Gonville and Caius College, Cambridge where he took his B.A. in 1899 and subsequently proceeded to his B.C. in 1903, M.A & M.B. in 1904 and finally took his M.D. in 1910.

Harold married in 1908 and moved from Southport to “Brooklands” in Royston.

He was, for some time, at Guys Hospital in London and later was the house physician at Queens Hospital, Birmingham but was never in private practice. He went on to spend a period of time as House Surgeon at the David Lewis Northern Hospital in Liverpool. He then returned to Cambridge where, after securing a British Medical Association Scholarship, he was engaged on research work.

In February 1915 Harold was commissioned as a temporary Lieutenant in the Royal Army Medical Corps and was soon promoted to the rank of Captain. He went to France in August 1915.

He was present during heavy fighting in Delville Wood in July 1916 which was a shambles, strewn with the dead and wounded bodies of British, South African and German troops.

After eleven separate reports were received regarding his actions during the fighting he was recommended for the Victoria Cross for his work but was awarded the Military Cross instead for his conspicuous gallant efforts as the Battalion doctor. The citation states, “He attended the wounded under heavy fire and finally, when had seen that all our wounded from behind the line had been brought in, he went out beyond the front line and brought in both our own and enemy wounded, although continually sniped at.”

A sensitive and dedicated man he found the carnage and waste of human life deplorable and in August 1916, following his award, he was invalided home for a period after suffering from a what was described as a “breakdown”. In November 1916 Harold returned to France and later went with the Battalion to the Ypres Salient. It was here, at the Menin Road, between the 31st July and 1st August 1917 that his work as the Battalion doctor gained him the Victoria Cross after twenty-three separate reports were received regarding his courageous behaviour. The citation reads, “Utterly regardless of danger he worked continuously for many hours up and down and in front of the line tending the wounded and saving the lives of officers and men. In doing so he had to move across the open under heavy machine gun, rifle and shell fire. He carried a wounded officer to a place of safety under very heavy fire. On another occasion he went some way in front of our advanced line and brought in a wounded man under continuous sniping and machine gun fire. His heroism was the means of saving many lives and provided a magnificent example of courage, cheerfulness and determination to the fighting men in whose midst he was carrying out splendid work.”

He was slightly wounded on the 31st July but remained on duty. He did not live to receive his award and was killed at Jargon Trench, Glencourse Wood in the Ypres Salient on the 11th August 1917. His wife and young son were presented with the medal at a ceremony in the Quadrangle of Buckingham Palace on the 26th September 1917.

A replica of the VC along with his MC and other war medals are on display at the RAMC HQ in Millbank, London along with a painting of him winning the Victoria Cross. Harold is buried in the Birr Cross-roads Cemetery, Zilliebeke, Belgium. 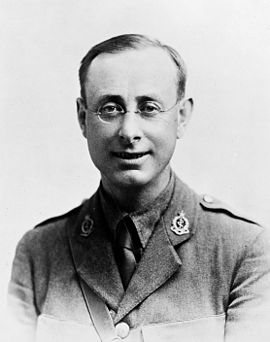 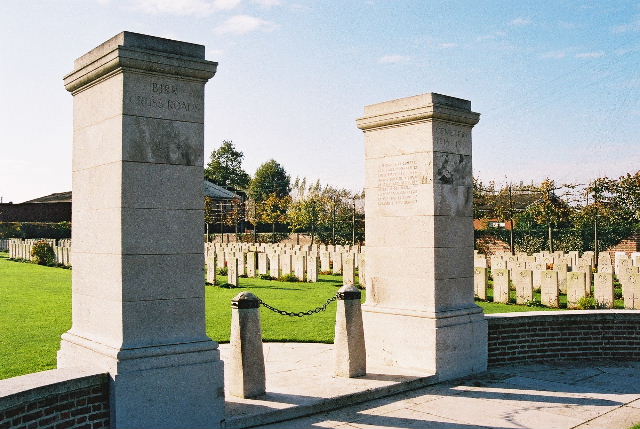