>"GONE BUT NOT FORGOTTEN"

Dennis Married Rosolyn M. Draper the daughter of Frederick and Louisa Draper in 1914.

His marriage records record him as John Dennis Adams. They had one daughter Sylvia May Adams born in 1915.

It is believed he lived at 13 Blacksmith Lane, St Albans, prior to his enlistment.

At the outbreak of War, Dennis volunteered, enlisting in St Albans in August 1914. Posted to the 2nd Battalion, Bedfordshire Regiment, with the service No 10592. Dennis landed in France in September 1915. Where he took part in numerous engagements. He was severely wounded and invalided back to the UK, he died in the Red Cross Hospital, Winchester on 29th July 1916. He is buried in St Albans (Hatfield Road) Cemetery. Grave Ref E. F. 12.

The St Albans City War Memorial in St Peters Street records him as D. G. Adams. His effects of £10-9s-3d, of which £7-10s-0d was his war gratuity went to his widow Rosolyn. 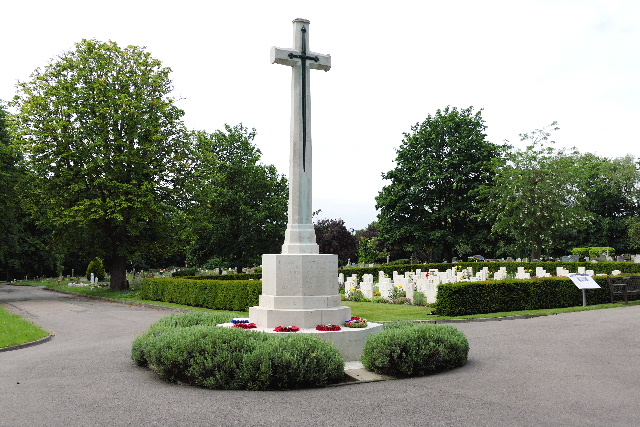