>He has no Headstone Inscription.

George William Parker was born on 4th May 1887, in Bushey, Herts, son of Henry Parker (B 1856) a Railway Labourer and Elizabeth Ann Parker (B 1858) (nee Thornton), one of seven children, two of whom died in childhood. He was Baptised on 3rd June 1887, at St Matthews Church, Oxhey, Herts.

His father Henry, died in 1893, in Bushey age of 37. His mother re-married in 1896 to Richard Henry Harrison, a housepainter, who brought up her children at 32 Pinner Road, Bushey.

In 1901, George has just left school and was employed as a milk carrier, living with his mother, stepfather, brother Joseph 16, and sister Sarah 11, at 32 Pinner Road, Bushey.

George was employed at one time by The London and North Western Railway Company.

When war broke out, it is assumed George was still in the Army as his service number 7983, was issued in about 1905, and he held the Rank of Sergeant. His Medal Card states he landed in France on 14th August 1914. Ten days after the declaration of war.

George was Killed in Action on 22nd October 1914, at Poelcappelle, aged 28. He was initially buried by the Germans in one of there Cemeteries.

Some documents give the date of death as 22nd November 1914.

He is commemorated on at St Matthew’s Church, memorial, Oxhey, Herts.

The CWGC has his parents death the wrong way round. His father died in 1893 and his mother remarried. The value of his effects were £19-7s-10d. Information’ provided with kind permission of Bushey First World War Commemoration Project – Please visit www.busheyworldwarone.org.uk. 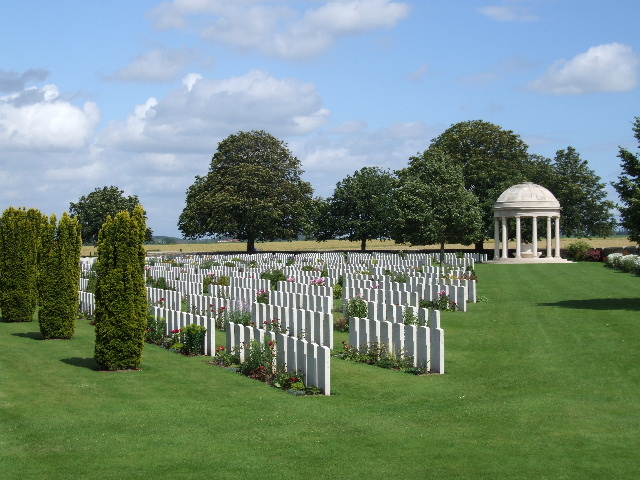