Cuthbert was born in Biggleswade the son of George & Elizabeth Albone who later lived in the High Street, Walkern. Prior to the outbreak of the Great War he had worked in Stevenage as a Farm Labourer.

Cuthbert had only been in France for three weeks when he was killed in the Somme sector during the Battle of Ancre.  An assault was to be made on a German fortification known as the Schwaben Redoubt. The plan was an attempt by the British Fifth Army, under General Sir Hubert Gough, to reduce the Beaumont Hamel salient, which had hitherto resisted all assaults. The battalion to which Cuthbert belonged was given the objective of taking some enemy strong-points, which were about 200 yards in front of the redoubt, the so called Hansa Line of trenches.  The attack commenced at 5.45am when it was still dark and a heavy mist hung over the battlefield. The going was heavy and the area was honeycombed with shell-holes. The four companies of the battalion reached the first objective and this was soon taken, with many German soldiers being killed or captured. The No.4 Company, despite much confusion and many difficulties, managed to work up the Hansa Line and, supported by the other companies, succeeded in taking the entire line and some of Mill Trench, the final objective, by 7.20 am. Despite heavy shelling and some determined counter attacks the battalion managed to hold onto and consolidate their position but suffered many casualties in doing so. It is uncertain at what point Cuthbert Albone was killed but his body was never recovered and is lost on the battlefields of the Somme. His elder brother, Gilbert, had been killed in the Somme sector a few months earlier and their names also appears on the Walkern village war memorial. 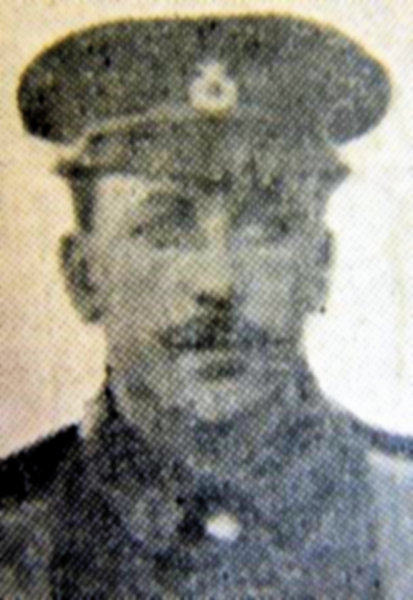