Joseph was the son of Joseph & Eliza Allen who lived at 7 Church Lane, Stevenage, and was one of ten brothers and sisters.  Before enlisting in the Army he worked at the Central Stores in the High Street as a Shop Assistant. At the time of his death, he had two brothers serving in the forces. Jesse, who was in the 3rd Bedfordshire Regiment, and George who was serving in the Royal Navy. His brother, Thomas, was killed on the 4th October 1916 whilst serving with the Royal Berkshire Regiment in France.

Joseph was posted to the Western Front on the 20th May 1915 and was reported as missing just eight weeks later on the 25th September. He is believed to have been killed during a major action when the Brigade was tasked with seizing Bellewarde Farm, Hooge, Belgium. The Battalion War Diary reports that the attack commenced at 04.20 hours and that “B” Company and part of “A” Company were almost totally destroyed by German shell and machine gun fire during the assault. 270 men were reported as either killed or missing with another 184 being wounded. Joseph has no known grave and his name is recorded on the Menin Gate Memorial, Ypres, Belgium. 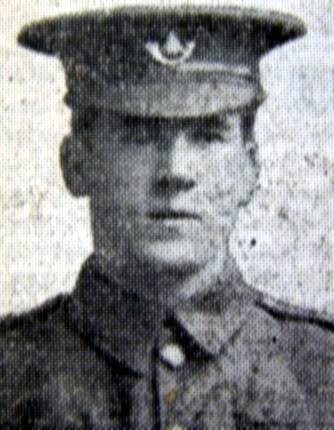