Thomas was the son of Joseph & Eliza Allen who lived at 7 Church Lane and was one of ten brothers and sisters. Before enlisting in the Army he worked at the Central Stores in the High Street as a Shop Assistant. At the time of his death, he had two brothers serving in the forces. Jesse, who was in the 3rd Bedfordshire Regiment, and George who was serving in the Royal Navy. His brother, Joseph, was killed on the 25th September 1915 whilst serving with the 5th Ox. & Bucks. Light Infantry.

Like many local lads Tom Allen joined the Territorial Army and served with the Hertfordshire Regiment. He was later transferred to the Royal Berkshire Regiment. On the 4th October 1916, as the Battle of the Somme drew to a close, his Battalion was held in reserve at Authuille Wood and consisted almost entirely of men who had recently joined. The heavy and bitter fighting of the summer battles had cost the Battalion dearly. That morning the Germans attacked the British Trenches near a fortification known as the Schwaben Redoubt, close to the village of Thiepval. It was a fearsome assault with grenades and flamethrowers being heavily employed. Although there was very intense fighting as the British troops battled to regain their positions, which they managed to achieve, the Battalion suffered only two wounded men. Later in the day the area was very heavily shelled by German artillery and a letter from a friend states that Thomas was killed by shellfire whilst on sentry duty. If this is true, then it can be assumed that he was killed after the earlier action of the day. 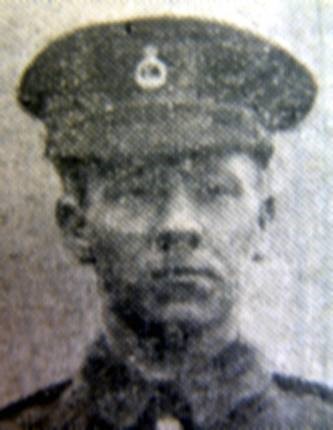 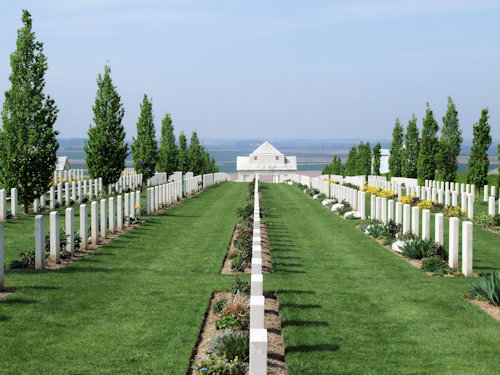