Charles was the son of John & Agnes Emma Anderson, who lived at Town Hall cottages, Royston. He worked as a telegraph messenger at the Royston Post Office and enlisted in the Territorial Army at Chislehurst, Kent, on the 13th December 1915, where he became part of the 21st London Regiment, initially being given the regimental number 4819. His medical records show that he stood just 5’ 5” tall and bore the scars of the removal of supernumerary fingers and toes.

He was mobilised on the 13th February 1916 and was admitted to Hilsea Camp Hospital in Hampshire on the 1st July, where he spent 18 days recovering from a case of Gonorrhoea, contracted whilst on leave in London. Following his treatment, he was posted to France on the 7th August 1916, and joined his Battalion, which formed part of the 142nd Brigade of the 47th Division on the 28th July 1916. Just 17 days later he was involved in a major assault at High Wood where he was reported as Missing. His body was never found, and his name is amongst over 72,000 casualties recorded on the Thiepval Memorial. 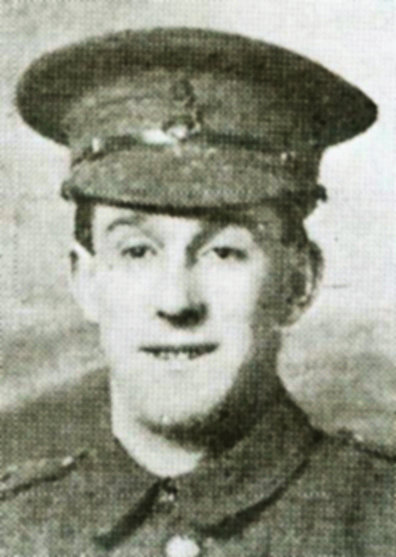