The son of Ebenezer & Lydia Anderson, his father was a local Fireman. Walter joined the Bedfordshire Regiment in 1904 and served in Gibraltar and Bermuda.

At the outbreak of the Great War Walter transferred to the Lincolnshire Regiment and was one of the original “contemptables”, arriving in France with on the 5th November 1914. He was wounded in a hand and leg during the Battle of Loos in September 1915 and again in June 1916. Walter was killed in action on the 1st July 1916 when his Battalion were involved in the first day of the Battle of the Somme. The Battalion were in trenches opposite the village of Ovillers, just outside the town of Albert. The troops were in position at 3:30am and at 5:30am all the wire had been cut in preparation for the battalion’s advance. At 6:25am the position was heavily shelled by German artillery using high explosive shells, which caused some casualties amongst the men. At 7:25am the companies began to move forward to the jump-off position, and at 7:30am they began their attack. Although the central part of the Battalion’s attack managed to reach a German trench, both of their left and right flanks were significantly held up by rifle and machine gun coming from the German second line. Despite extensive efforts by the officers and men of the Battalion, the German resistance was so strong that the position became untenable and they were forced to withdraw, with an excessive amount of casualties. By 1pm the Battalion had suffered 26 men killed, 89 missing, 25 wounded and missing and 303 wounded, over half its fighting strength. Walter was amongst those killed and is buried close to where he fell on that terrible day. 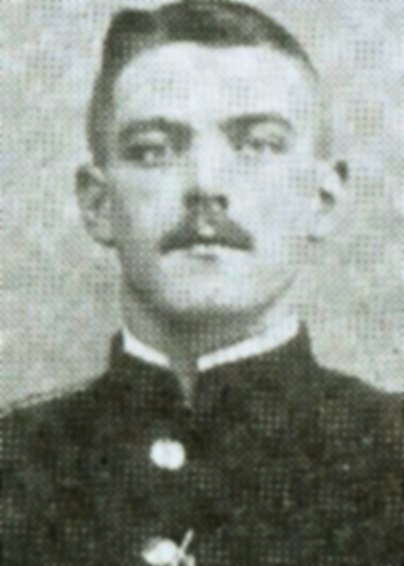 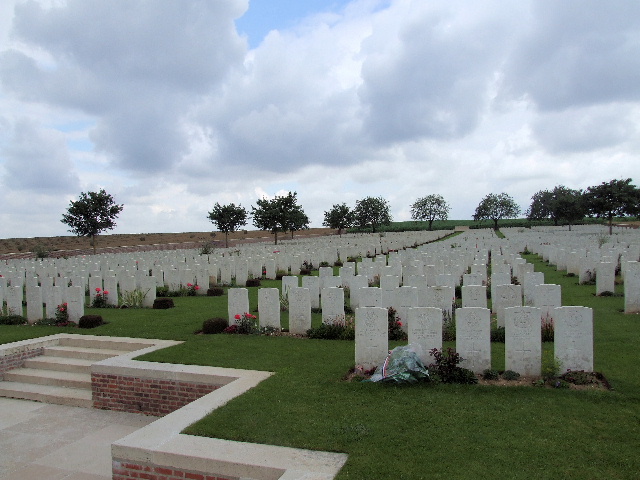