VOORMEZEELE ENCLOSURES NO.1 AND NO.2
I.G.75.
Belgium

He was a blacksmith and was born and lived in Royston and was a Hertfordshire Territorial before the war joining them on the 18th March 1912 when he was 19 years and 8 months, his regimental number 1866. He Married Beatrice Martha Rebecca Chapman on the 18th December 1915, his wife had two children from her previous marriage, William James & Sarah Chapman.

Sidney was posted overseas with the Battalion on 6th November 1914 and saw service all along the Western front. He was admitted to No.100 Field Ambulance on 3rd February 1916 suffering with a sprained ankle. He remained in hospital until 19th February, when he re-joined his unit. Sidney was again wounded on the 7th May 1917, this time with a gunshot wound to his hip. He was admitted to No.133 Field Ambulance and then transferred to No.3 Canadian Casualty Clearing Station, where he remained until the12th May 1917, after which he re-joined his Battalion. As a result of his condition Sidney was granted leave from the 24th May to 24th June 1917, returning to each unit in time for the major Passchendaele offensive. Sidney took part in the action at St. Juliaan on the 31st July 1917in which the Battalion suffered heavy casualties. On the 19th August 1917 the Battalion had returned to the front line, this time relieving the 17th Battalion, Notts & Derbys Regiment in the Klein Zillebeke area. During this time, it suffered 3 casualties, one of whom was killed. It is believed that this was Sidney Andrews. Both his Army Service Record and the data held by the CWGC state date of death as 02/08/1917. His Graves Registration Report, Army Effects Register and Soldiers Died state he died on the 22/08/1917.

He may have been an Acting Lieutenant at the time of his death. After the war there was correspondence between the Imperial War Graves Commission and Mrs E A Andrews (his mother?) of 12 Mount Terrace, Royston, Herts. 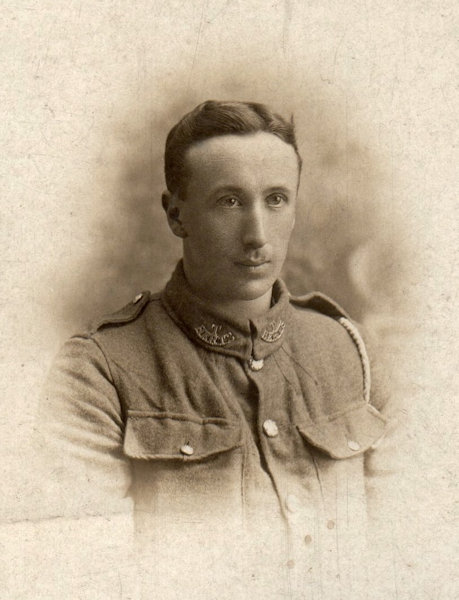