THIEPVAL MEMORIAL
Pier and Face 16 B and 16 C.
France

Frank was the son of Samuel & Emma Anthony of Back Lane, Stevenage. His mother died in the Winter of 1896, at the age of 41, as a result of giving birth to him. As a consequence, both he, his brother, Charles, and their sister, Nellie, went to live with their older brother, Fred, in Alleynes Road, Stevenage. He was one of seven brothers to serve in the forces during the First World War of whom one other, Charles, was died of wounds on the 3rd April 1916 whilst serving with the Kings Royal Rifle Corps in France.

Frank was posted to France on the 23rd November 1914 and served on the front line for over two years. Sadly, had he been posted to France a day earlier he would have been entitled to the 1914 Star but the cut-off date was the 22nd November 1914 so, unlike his brother, Frank received the 1914/15 Star. On the 19th January 1917 his Battalion were in the front line at the village of Bouleau. They suffered from heavy shelling by German artillery as well as a number of British shells that had dropped short of their target. One of the British shells struck a dugout where Frank was sheltering and he was killed. His body was never recovered. 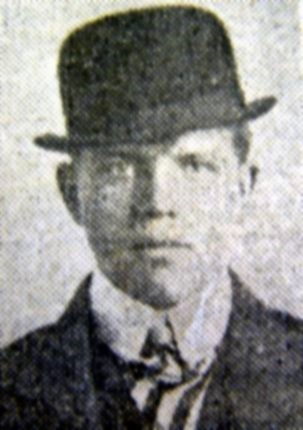