Charles was the son of Samuel & Emma Anthony of Back Lane, Stevenage. His mother died in the Winter of 1896 at the age of 41 as a result of giving birth to his younger brother, Frank. As a consequence, both he and Frank, along with their sister, Nellie, went to live with their older brother, Fred, in Alleynes Road, Stevenage. Charles joined the Kings Royal Rifle Corps on the 23rd November 1903 and served with his Regiment until his death. His description at the time was of an 18 year-old man who was 5' 3"tall, with Grey eyes, Dark Brown hair and a number of distinctive tattoos. However, records show that Charles had lied about his age as he was actually only 16 years-old. He was one of seven brothers to serve in the forces during the First World War of whom one other, Frank, was reported as Missing on the 19th January 1917. Charles was married on the 12th August 1914 in Kelso, British Columbia, Canada to Lucy Maria Gomsford and returned to England on the 8th September 1914. He re-joined his Regiment and was posted to France on the 2nd November 1914.

On the 3rd April 1916 the Battalion were positioned at Les Brebis, about one mile south of Mazingarbe. At 7.17pm a mine was detonated in the Hulluch Sector and British transport began to move along the Loos Road. This resulted in German artillery fire being brought down in the area where the Battalion were situated and the Unit War Diary records one man being killed and three wounded. One of the wounded was Sergeant Charles Anthony who later died of his injuries. 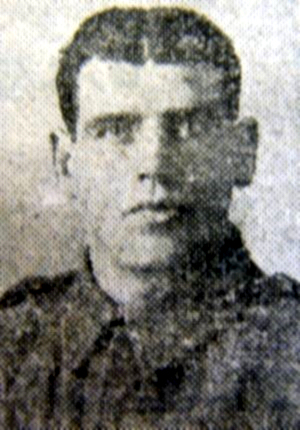