Born in Colliers End, Ware, Herts. on 20th September 1897, son of Edmund and Eliza Jane Taylor (nee Field). In 1901 they were Living in Little Munden, with father working as an agricultural worker. By 1911 his father had died. Two of Albert's brothers are described as horse keepers and they are living in Barwick. Albert enlisted in Hertford.

He joined the Hertfordshire Regt, but later transferred to the 1st Bn. Bedfordshires and it was with them he was serving when he was killed, probably in the raid on the enemy lines at Platebecque described in 1st Beds War Diary. 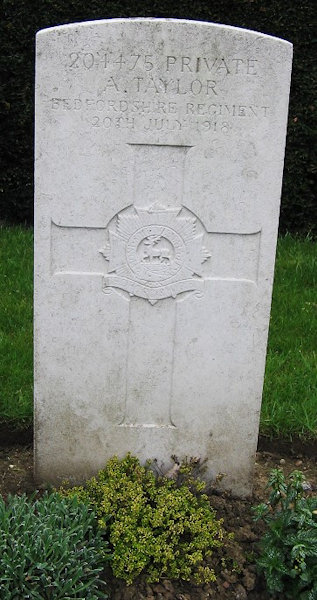