Thomas was the son of John & Mary Ann Ayres of Rock Road, Royston, and was one of nine children. A baker’s assistant by trade he later moved to London, and later enlisted in the Army at Marylebone in October 1915.

Although he initially served with the Army Service Corps, with the Regimental number S/4/143711, Tom later transferred to the Royal Warwickshire Regiment in February 1917, and when out to France in June 1917. He was wounded in September 1917 when the Battalion was serving in the Ypres sector. Tom was reported missing in action on 23rd March 1918 following the German Spring Offensive, when the Battalion were stationed at Beaulencourt. In the darkest hours of March 21st 1918 the unsuspecting British Third and Fifth Armies were shocked by the most intense barrage of the war. In eight hours 6,500 German guns delivered 1.16 million poison gas and high explosive artillery shells into the British defences. It was the beginning of the decisive German spring offensive, code named Kaiserschlacht, the Kaiser's battle. The 10th Battalion of The Royal Warwickshire’s were in reserve in the Third Army when the German barrage began. Behind the creeping barrage 76 German divisions, equivalent to the entire British Army in France, advanced. They were led by "Storm troopers" armed with wire cutters, grenades and flame-throwers. Behind them came large battle groups of infantry with field artillery and heavy machine guns, followed by more masses of marching infantry. The four infantry companies of the 10th Battalion hastily dug in along 1,600 yards of Hermies Ridge behind the rearmost British defences with orders to hold the position to the last man. The Battalion was supported by its own battery of field artillery, flanking infantry, and further batteries of artillery and heavy machine guns. On the second day of the offensive the Germans began to shell these new positions and the command structure of the British Third Army began to break down as it joined the Fifth Army in a fighting retreat. It was during this action that Thomas Ayres went missing. He has no known grave and his name is recorded on the Arras Memorial, France. 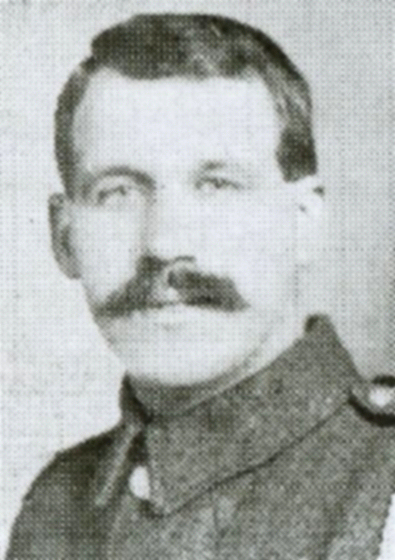