George was the eldest son of George & Susan Barker who lived at 46 Haycroft Road. Before joining the Army, he was employed as a Hairdresser by J. Findley in Albert Street.

George was attested in December 1915 and joined up on 5th February 1916. Initially he served in the Bedfordshire Regiment but was later transferred to the Leicestershire Regiment. George was posted to France in 1917 and, after serving continuously at the front, took his first leave in January 1918. Following his return to his unit he was wounded in the wrist by a bullet and did not go back to the frontline until the 9th November, just two days before the armistice. He became ill on his way, having contracted influenza. This soon developed into Pneumonia and, with no medication available at the time to fight the disease, he subsequently died. 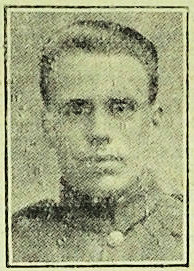