William was born in Finsbury Park, London in1890 and was the Nephew of John and Ann Deamer of Little Wymondley, Hertfordshire and was living with them in 1901. The 1911 Census records William aged 21, still living with his now widowed aunt in Little Wymondley. His occupation is given as a Farm Labourer. (William George Knight*1 was also boarding with Mrs Beamer, he and William Barker enlisted together with the service numbers 4992 & 4998). He is known to have lived at 3 Church Lane, Stevenage and before joining the Army was employed by Ben Moules of Redcoats Farm, Stevenage. He was a well-known chorister at the Little Wymondley church.

William was initially enlisted, like many men, into the Bedfordshire Regiment but was later transferred to the Hertfordshire Regiment. Whilst serving with this unit he was wounded in the leg. On making a recovery he re-joined the Hertfordshire’s but was transferred again, this time to the Northumberland Fusiliers. On the 28th April 1917 the Battalion were positioned near Fampoux. They were ordered to attack German positions in the area and at 4.25am the assault began. However, the Battalion was subjected to devastating machine gun and artillery fire and the assault ground to a halt. At 11.00am the German troops counter-attacked and the Battalion were unable to attain their objective. The Battalion Commanding Officer blamed the loss of the British objective on poorly trained drafts recently received from England. William is believed to be buried in the London Cemetery, Neuville-Vitasse, France, and his name is recorded on a screen wall. The panels bear the names of casualties whose unidentified graves lay in the cemetery having been re-buried there after their original graves were destroyed by shell fire.

www.stevenageatwar.com *1 William Knight was Killed in Action on the 31st July 1917, at the Battle of St Julien). 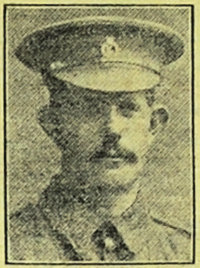