Born in 1878, Alfred Henry Brunker Barnard was the son of William Samuel and Mary Ann Barnard of Harrow, Middlesex.

By 1911 they were living at 93, Selwyn Avenue, Highams Park, Chingford, Essex where Alfred worked for the London County Council as an assistant in the Edmonton Branch and he lived in Chingford, Essex, with his wife, mother and one child.

By the time of Alfred’s enlistment, the family had moved to 38 Oxhey Avenue, Oxhey, Watford.

Later he was Private 534060 in the London Regiment (Prince of Wales’ Own Civil Service Rifles), serving in “B” Company, 2nd / 15th Battalion. He served in the Egyptian theatre of war and was killed in action on 20 February 1918 outside the city of Jerusalem, aged 39.

Alfred is remembered with honour at the Jerusalem War Cemetery and is commemorated on the memorials at Bushey and Oxhey Methodist Church and at St Matthew’s Church, Oxhey.

Mary Barnard was one of many widows for whom the formalities surrounding the death of her loved one was a protracted and painful process. A sheaf of surviving documents testifies to the correspondence that took place. Mary received seven letters of condolence, including one containing Alfred’s last letter to her written two days before he was killed.

From receiving news of Alfred’s death in February 1918, it was not until 17 October 1924 that she attended the last memorial service in which his name was honoured.

She attended memorial services in London, in Bushey and in Harrow, where Alfred was born. In 1924 she attended a ceremony unveiling a memorial at County Hall, Westminster. She also received official condolences from the King, the Secretary of State for War and Alfred’s last employers, London County Council.

In the absence of a body to bury at home, she sought assurance from the Imperial War Graves Commission that Alfred had been buried and later re-interred with due reverence.

Alfred’s wife, Mary, never remarried and died on 9 September 1937 in the Watford district aged 60. Her daughter had Alfred’s name inscribed on the gravestone in Bushey churchyard. On 8 December 1990 she was buried there too.

Unfortunately, Alfred’s Service Record appears to be one that did not survive the World War Two bombing. 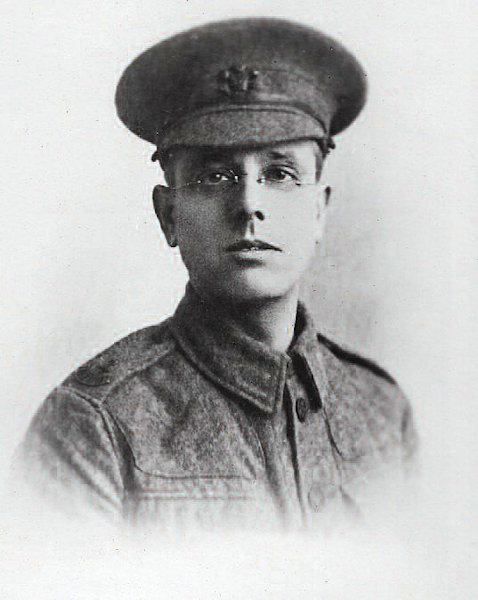