George was born on the 14th March 1891, in Hoddesdon, Herts. The son of Edward and Eliza Jane Taylor. Born at Barwick, High Cross, Ware. He was baptised on the 12th April 1891 in the Parish of Hoddesdon, Herts. He was one of eight children. George married Kate Emily (formerly Taylor of The Street, Braughing) in 1914. They had one son William George Taylor. The 1891 Census records George as a few months old living with his parents and brother Edmond in Burford Street, Hoddesdon, Herts. Then in 1901 as living with his parents, 3 brothers and 3 sisters, at The Cottage, Dane End, Little Munden, Herts and in 1911 as single and living with his widowed mother, 4 brothers and sister Annie in Barwick, High Cross, Herts. His occupation is given as a horse keeper.

George enlisted in Hertford, into the 1st Battalion, Hertfordshire Regiment, initially with the service number 4639. George disembarked in France on the 17th August 1915. He was wounded twice during his three and a half years on the Western Front. George died of his wounds in the War Hospital in Bradford, Yorkshire on the 4th January 1918. He is buried in the Churchyard of St Mary the Virgin, Braughing, Herts. His brother Albert was killed in action on the 20th July 1918. He is buried in France.

In 1921 George’s widow married Ernest H Clements. The CWGC Inscription Reads: “Son of Edward and Eliza Taylor, Husband of Kate Emily Clements (formerly Taylor), of the Street, Braughing. Born at Barwick, High Cross, Ware. Served three and a half years in France. Twice Wounded”. Note: On his medal card his service numbers are given as 4639 and 266454 on all other documents they are 4639 and 266453. 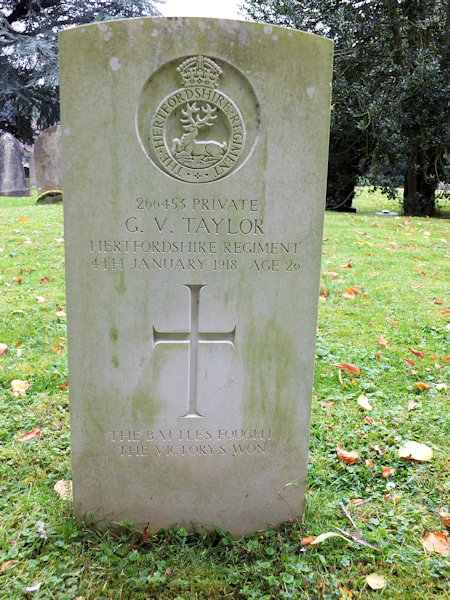 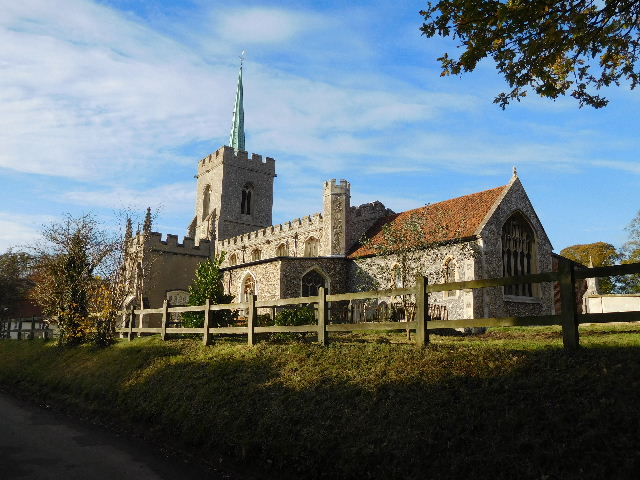