Son of Mrs. Fanny Pulley, of The Mount, Royston, Herts.

He was a former member of the Hertfordshire Volunteer Battalion prior to the formation of the Territorial Army, and worked as a House Painter for William Hinkins of Royston for 15 years before the outbreak of the Great War. Following his mobilisation Frank was posted to Flanders on the 6th November 1914. Frank was among a group of soldiers who were buried alive in a shallow dug out when it was struck by a shell on the 19th November 1914 in Shrewsbury Wood, on the outskirts of Ypres, Belgium. Privates 2504 William BUTTS aged 29 (Son of Issac & Emily Butts) 2747 George Haslear CATLIN aged 21 (Son Of Thomas Haslear Catlin & Martha Catlin, Of 5, Hertingfordbury, Hertford.) 2518 George Edward ELLIS aged 30 (Son Of William Ellis, Of The Hen And Chickens, 51, Clarke's Lane, Baldock, Herts.) 2426 Walter William FLANDERS aged 19 Brother Of Mrs. Agnes J. Large, Of 2, Ridge Rd., Letchworth, Herts. 2428 Joseph William JOHNSON aged 19 Son Of Joseph And Ada Lucy Johnson, Of 7, Cromwell Rd., Letchworth, Herts. 1911 Frank PULLEY aged 28 Son Of Mrs. Fanny Pulley, Of The Mount, Royston, Herts. 2746 Henry WEST aged 26 Son Of Daniel And Eliza West, Of Priors Wood, Hertford Heath, Herts. All those killed on this day have no known grave and are commemorated on the Menin Gate Memorial, Ypres, Belgium. 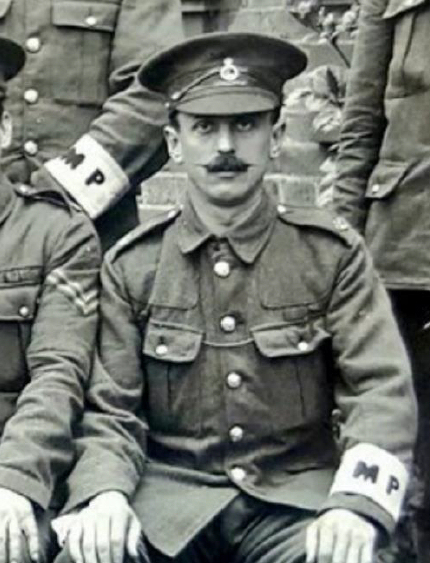