The Battalion had occupied a line of trenches south of the Festubert - Rue Quinque road about 1 mile East of Festubert. The Germans were described in the unit war diary as being “particularly active & pertinacious, constantly sapping forward & making attacks at various hours of night & day”.

All of these attacks were successfully repulsed. Owing to length of line held, nearly whole Battalion had to be kept in front trenches, & constantly on the alert. On the 26th October the Battalion was relieved from the trenches by 1st Battalion, Manchester Regiment in the evening. During the three-day period the Battalion had suffered 14 men killed & wounded. One of these was Percy Reeve.

R Sandilands 1st Beds notified his death. Letter to Mother 27/10/1914 said that he was “Exceptionally Brave”. 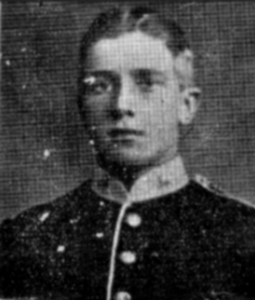