Born in 1881, in Stanstead Abbotts, to parents William and Mary Ann, he had one brother and five sisters including May Ethel Breeze. In 1891 they were living in Burford Place, Hoddesdon and by 1901 had moved to Amwell Street, Hoddesdon. The 1911 census shows them living in Salisbury Road, Rye Park, Hoddesdon, his father was a house painter and Frederick was a nurseryman. Later living in 51 Burford Street, Hoddesdon.

Frederick joined the 1st Hertfordshire Battalion of the Territorials on 7th April 1908 for 4 years when aged 26, his service number was 871, he re-engaged on 16th November 1911 when he was 30. At the Territorial camp in the summer of 1914 the entire battalion were ‘embodied’ for war service and they were moved to Bury St Edmunds for training.

On 5th October 1914 he was promoted to Lance Corporal.

The Hertfords had been involved in the Somme campaign and on 14th October together with two other battalions the Hertfordshire’s captured the Schwaben Redoubt, a German strongpoint. On 13th November 1916 at the Battle of the Ancre they achieved a notable success, when, with their advance covered by mist and a heavy artillery barrage they captured the whole of the enemy Hansa line. They advanced 1600 yards and captured over 250 prisoners, they achieved all their objectives and held the captured position until relieved the following night. They spent the first part of 1917 holding the line near Ypres, in July they began training for their next big action, the Third battle of Ypres. On 31st July they advanced towards German positions on Pilkem Ridge, the Battalion suffered heavy casualties from machine gun fire, when they reached the enemy lines, they found the wire almost untouched by the heavy artillery bombardment, and were forced to retire under heavy shelling and German counter attacks. Every officer in the battalion was a casualty along with 459 other ranks, one of whom was Frederick. 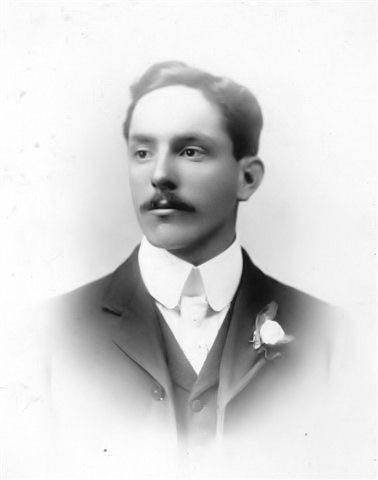