Born in 1899, in Hertford to parents James John and Annie Mary, he was one of six. In 1901 they were living at 87, Somerset Terrace, Hertford and his father was employed as a sawyer. The 1911 census records that his mother was a widow and ran a boarding house at 87 West Street, Hertford and later in 42 Wellington Street, Hertford..

Enlisted in the Army in Hertford, and joined the 7th Battalion Lincolnshire Regiment. They landed in France in July 1915. They fought during 1916 and 1917 at both the Somme and Passchendaele. In March 1918 when the German Army launched its spring offensive they were one of the British units forced to retreat. The battalion was holding the little village of Hermies when they were almost surrounded by German troops and were forced to fall back. Joseph was killed in this encounter.

Brother of Lance Corporal James John Brooks who was killed in action and is also commemorated on these memorials. 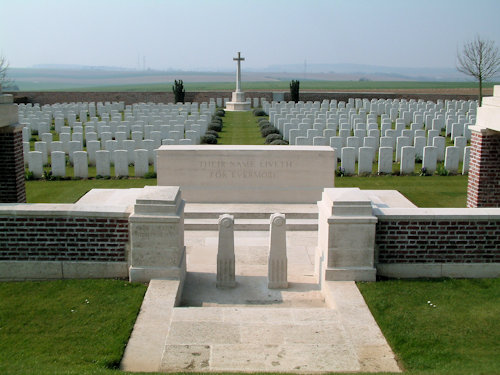