Auriol Francis Hay Round, born in Chelsea, London on 11 November 1891, was the son of Francis Richard Round, C.M.G. and his wife Frances Emily Round. His father, a high-ranking civil servant in the Colonial Office, received the CMG, the Order of St Michael and St George, awarded to men and women who rendered extraordinary or important non-military service in a foreign country.

Auriol was baptised in December 1891, in the Parish of St Peters, Cranley Gardens, Kensington and Chelsea with his twin brother Arthur John.

He and his wife had seven children and in 1901 the family home was Sutton Court, Sutton, Surrey, where he employed a governess and four servants.

By 1911, he had retired, was a JP for Essex and the family had moved to ‘Avenue House’, Newland Street, Witham, Essex.

How many Old Boys of Felsted in their letters to the School have lamented the death of 'Dicky' Round! The son of F G Round Esq, CMG, of Witham, and nephew of the Chairman of our Governors, he came in May 1905. In December 1909 he passed into Sandhurst. He was a Prefect, and in the Cricket and Hockey XI's and in the Running VIII. At Hockey he played for Sandhurst and for the Army, and many are the times he came as an Old Boy to break up the school attack.

He was wounded in the knee at Le Cateau on August 26th, 1914, was brought to London and was doing well when tetanus set in. We like the story that came from a private in hospital that his life was saved by Lieutenant Round, who carried him in. We do not know if it is true, but it sounds like 'Dicky'.

A later report of the circumstances of his death:

‘After Lieutenant Auriol Round was wounded in the hip at Le Cateau, he saw a wounded sergeant near, went courageously after him and carried him about three-quarters of a mile to a place of safety. In doing that, the bullet that had entered his hip moved down to his knee, and he succumbed after arrival in England. He never told anything about his own bravery. The sergeant, who also came home, told of it, otherwise it would never have been heard of.’ 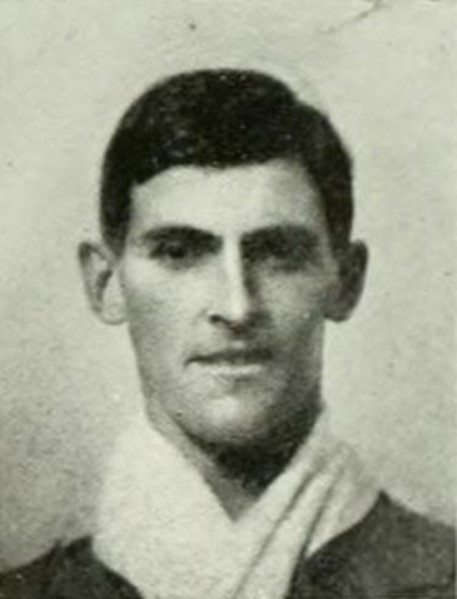